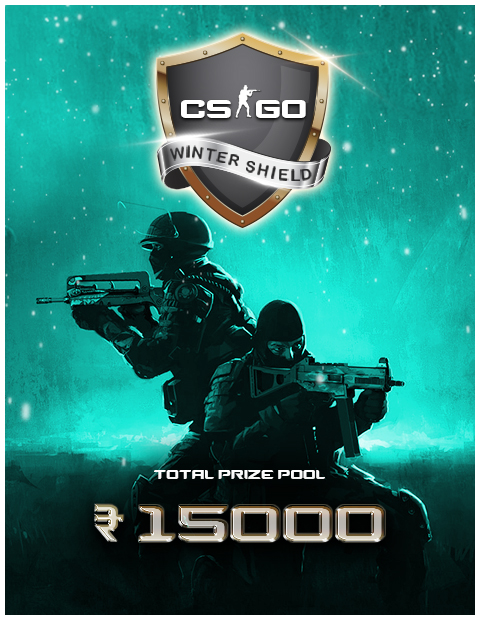 WINTER SHIELD was the first Online CSGO Multiplayer Tournament organized by Playtonia. Competition was an online tournament with up to 64 teams, prize-pool of ₹15000.

Winter shield began from 12th Feb 2017 and it was played for 8 consecutive days till 20th Feb 2017.  52 BO1 matches were conducted  until semi-finals stage. Victors were picked by BO3 Finals.

Following 6 days of preparatory rounds, Game for Glory a team from Pakistan, Mission in Stealth, Accuracy Gaming and Team Meow made it to the Semi-Finals. Despite the fact that Game for Glory was a most loved side to win the competition considering their ruling execution all through the competition they were vanquished by team Mission in Stealth in BO1 Semi-Finals in an extraordinary match where the score was 16-14. While in the second Semi-Finals Accuracy Gaming beat their rivals Team Meow with a simple win of 16-7 and advanced toward finals. In Finals Accuracy Gaming beat their adversary Mission in Stealth in persuading route with the score line of 2-0 in best of BO3 contest and became champion of Winter Shield.