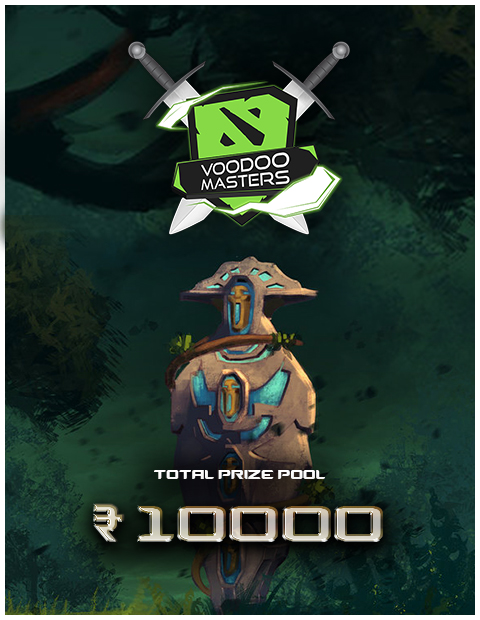 Voodoo Masters First Ever Online Dota 2 Multiplier Tournament organized by Playtonia. Competition was an online tournament with up to 64 team with the prize-pool of ₹10000.
Voodoo Masters began from 1st April 2017 and ended on twentieth 9th April 2017. 52 BO1 matches occurred until semi-finals and victors were picked by BO3 Finals.
After preliminary rounds Team JMD gaming, Piece of Cake, Gofigure, Team Relax made it to the Semi-Finals.  Team Piece of Cake beat JMD gaming in first Semi-Finals,Team Relax beat Gofigure in 2nd Semi-Finals and made their way to Finals.

In Finals Team Relax took top honours by beating team Piece of Cake with the score-line of 2-1 in BO3 encounter to be the Champion of Voodoo Masters.