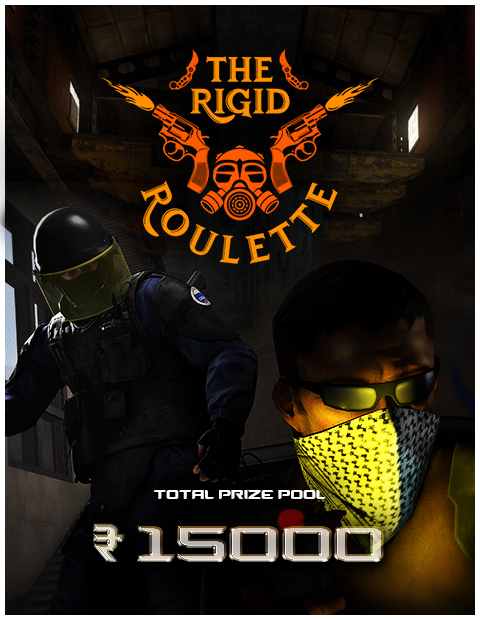 RIGID ROULETTE was an online CSGO multiplier tournament hosted by the Playtonia with the prizepool of ₹15,000 where 30 teams competed in Single Elimination format.

In Finals Team Rippers defeated JMD Gaming with a score line of 2-1 in a BO3 contest to be the Champions of Rigid Roulette.