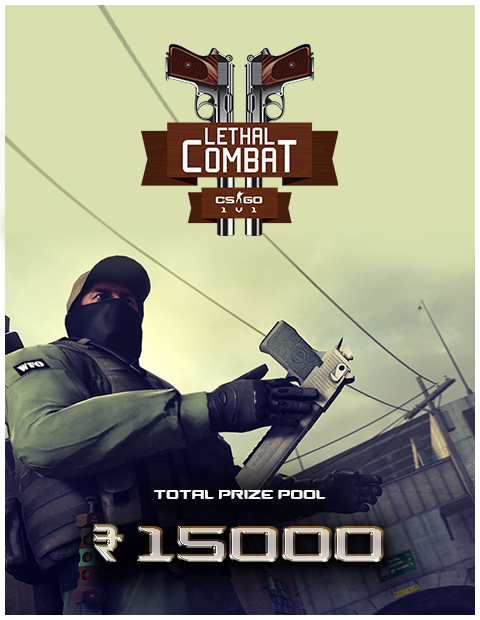 LETHAL COMBAT (1V1) is an Online CS: GO Multiplayer tournament hosted by the Hyderabad Kings in association with Playtonia. It’s an online 1v1 tournament with 256 participants with the prize pool of 10000 INR and goodies.

The tournament started from 1st of June and played for 9 consecutive days till 10th June 2017.

In Finals Death Maker defeated Foxceff with a scoreline of 2-0 in a BO3 contest to be the Champion of Lethal Combat.